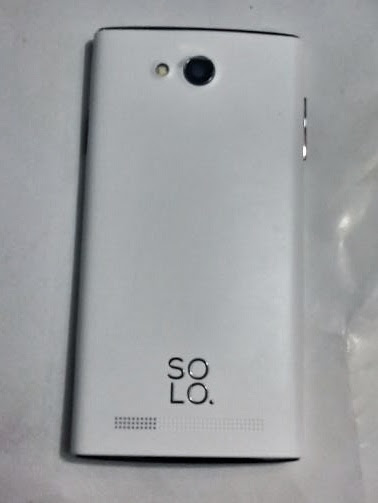 SOLO wants to pull market by offering free streaming of Nigerian music and videos. Digital video-on-demand rental service allows users to stream, download and store both Nigerian and international movies, TV shows and other general entertainment for up to two weeks on their mobile devices. SOLO View's content will be delivered through dedicated, super-fast SOLO Hotspot Kiosks allowing full-length movies to be downloaded in less than 3 minutes. The easy-to-use interface will include both SOLO Music and SOLO View widgets on the home page that enables easy access to SOLO Music and SOLO View, right out of the box. 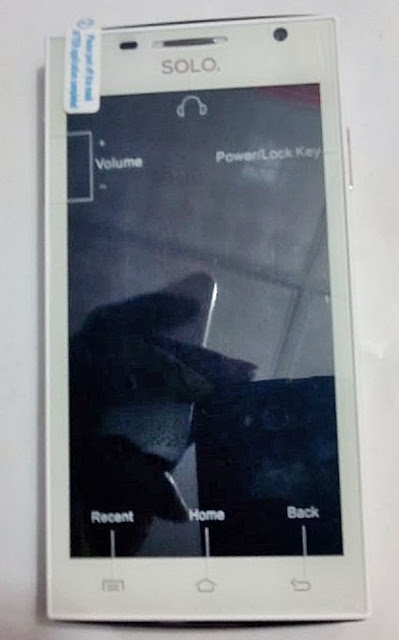 SOLO S450 is a smartphone running the Android version 4.2 (Jelly Bean) with a MediaTek MT6572 dual core CPU clocked at 1.2GHz. The internal memory of the phone is 16GB to enable in saving all those audio and video files you might have downloaded and an option to further increase the memory with the aid of an external memory slot. 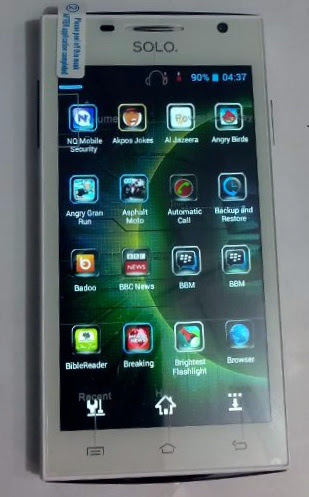 SOLO S450 has a 4.5" FWVGA IPS display and a capacitive touchscreen. The RAM of the device stands at 1GB RAM which is good enough considering the processor in the device. SOLO S450 is not lacking in camera capacity; 5MP camera is located at the back of the device with a flashlight for taking pictures in low-light areas combined with a VGA front camera.
The device comes with dual SIM, dual standby SIM reader which supports both 2G and 3G network technology. we imagine data transfer rate to be as high as 27mbps.
In terms of connectivity, the device comes with Bluetooth, WiFi, Micro USB, GPS and AGPS connectivity features. Sensors like Gyro, proximity and light sensor are also part of the SOLO S450 smartphone.

All your popular Google Play Android apps works with it so apps isn't an issue.
The smartphone as a whole is powered by a 1400mAh battery to keep things running thereby making everyone happy.
Currently, the smartphone is sold for N29,000 at Divine Anyi Communications, Computer Village, Ikeja, Lagos or you can call 08060791362 to get yours.
SOLO S450 is a good phone and if you are a lover of music and videos, you should opt for this nice piece of device.
Like our Facebook page and follow us on Twitter for more smartphone news and downloads.

- Gionee P3 Smartphone Specs And Features
Gionee is one of the names that's beginning to get some international recognition in the smartphone industry; no small thanks to the high quality of the Gionee E6 & E7 smartphones. However, before Gionee E7 there was Gionee P3 which is low end...

- Tecno S7 Smartphone Now Available, Comes With Following Specs And Features
It's being weeks that we got the information that Tecno is about to release the next version of their "S" low end smartphone - Tecno S7, the one to succeed the S5.  Well, the wait is over and Tecno Mobile have finally released Tecno S7 android...