It's being weeks that we got the information that Tecno is about to release the next version of their "S" low end smartphone - Tecno S7, the one to succeed the S5. 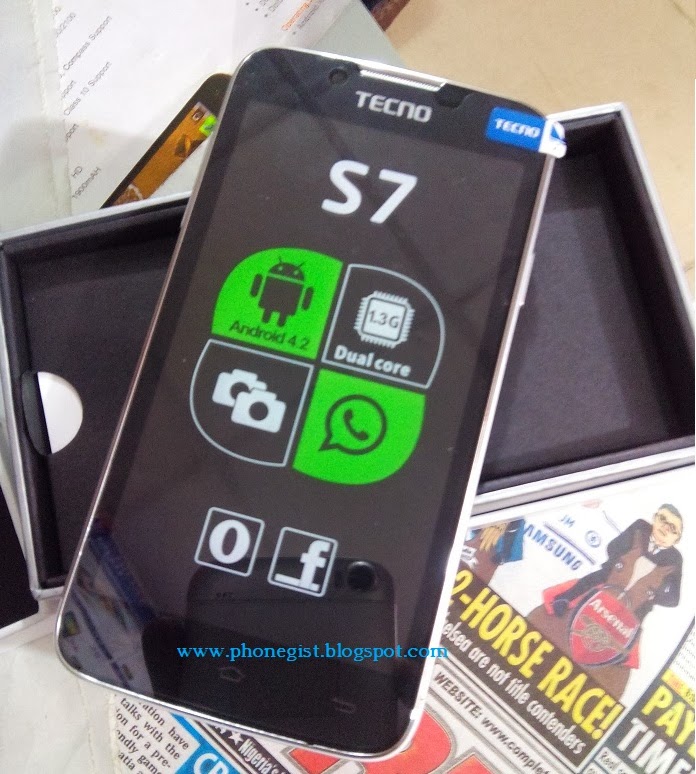 Well, the wait is over and Tecno Mobile have finally released Tecno S7 android smartphone to the market.
The specifications and features of the newly released phone did not deviate from the rumored spec we heard  which may be a sort of disappointment for some. However it may be, we will still list the specifications below for your consumption and to clear all doubts.
Network and SIM
Tecno S7 comes with a dual mini SIM with dual standby which is not a new thing though as Nigerians are already accustomed to dual SIM phones.
This time around, the SIM would be placed one above the other with SIM 1 below and SIM 2 above just as depicted in the image below. 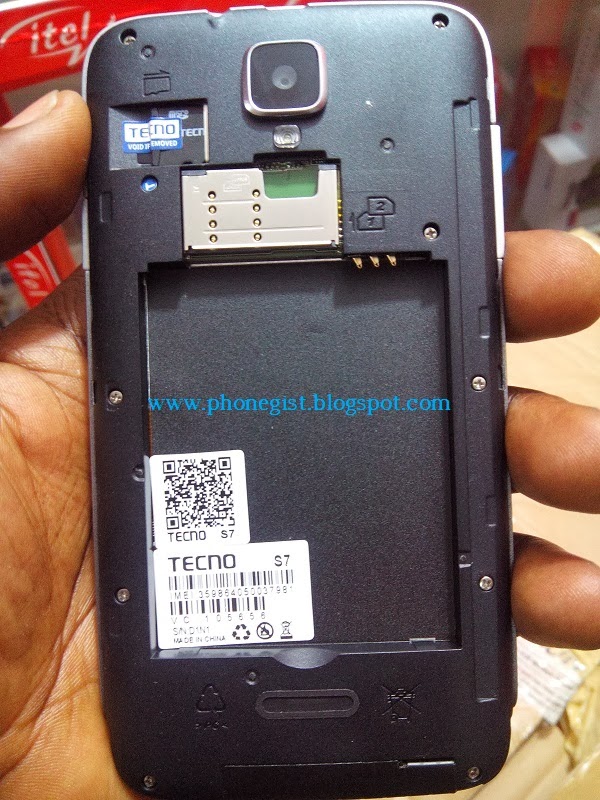 Processor and RAM
Tecno S7 comes with a dual core 1.3GHz MediaTek MT6572 processor which runs the software on the device. The area that is really going to piss people off is the area of RAM.

This is not the only Chinese company with a RAM of 512mb. Others like Gionee P3 and some Micromax devices comes with 512MB. However, to be above these upcoming devices trying to take market share from Tecno in Nigeria, it would have been better if all their low end device now come shipped with 1GB RAM and their high end device comes with 2GB RAM minimum. That is what competition is all about.

Operating System and Memory
Tecno S7 comes with Android Jelly Bean 4.2.2 which is near the stock Android version. As it stands, we still don't know when Tecno will step up their game and start bringing devices with at least 4.3 Android Jelly Bean.

As far as memory goes, the internal memory of the S7 is 4GB while a memory expansion slot already carrying 8GB SD Card is provided in the device. The memory card can be expanded to 32GB if you please.

Camera
Tecno S7 comes with 5.0MP AF back camera with flash while the front camera comes with 1.3MP camera. 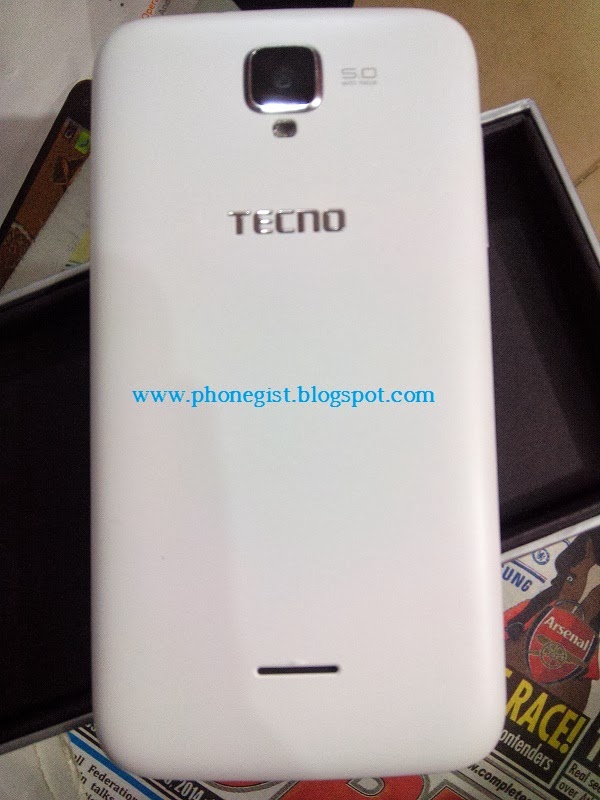 Connectivity and Battery
The usual suspects when it comes to connectivity are GPS, WiFi, Bluetooth, 3.5mm Earphone and that is what you would find on the Tecno S7.

Battery powering the S7 is a Li-ion battery with power 2000mAh with 3.7V emanating from the device at any point in time.

According to Tecno, talk time on the device stands at 6.5hrs with 200hrs of standby time. Daily and real life usage will test the dependability of the battery.

Sensors, Messaging and SNS
With sensors, we were not really expecting anything grand aside what we  were already used to. The Tecno S7 comes with Gyro, Light and Proximity sensors.

For messaging and SNS, Gmail, Palmchat and Facebook are pre-installed on the device. Also, Twitter, Operamini, Whatsapp and other apps come bundled with the smartphone. BBM isn't preinstalled so you would have to download that by yourself. 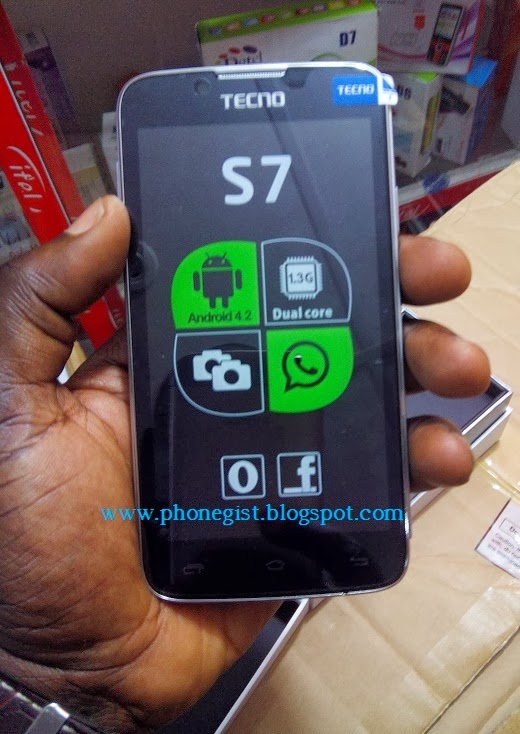 The price for this Tecno S7 is N23,000 from Divine Anyi Communications, Zenco Plaza computer village, Ikeja, Lagos.
Other stores don't have it yet and the one we saw that now have it is selling for N24,000. Consequently, if you are thinking of getting this device, you should go to the store with the cheaper price. You can call this number 08060791362 to get yours.

Is the Tecno S7 a good phone looking at the specifications? You should be the judge of that. Drop your thoughts in the comment section.

- Tecno D7 Specifications And Features
Tecno have yet again released a new smartphone phone known as the Tecno D7. Its the latest iteration of the "D" devices. As always, Tecno devices are not to be jettisoned anymore as they have become sophisticated especially seeing the number of great...