Samsung is not just one of the world's largest producer of smartphones, phablets and tablets but also a giant when it comes to the technology that is found in her devices. One of such technology advancement is being able to use the new Samsung Galaxy Note 4 with an Oculus VR headset for immersive 3D viewing as shown  in the image below. 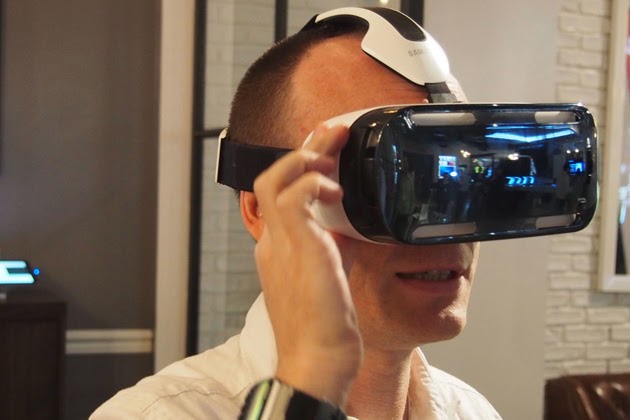 The S-Pen which as always come with all Note series have gotten better over time and the in the Samsung Galaxy Note 4, another new feature known as the Snap Note; it allows you take pictures of a piece of paper and allow you to change what's on the paper with the pen. 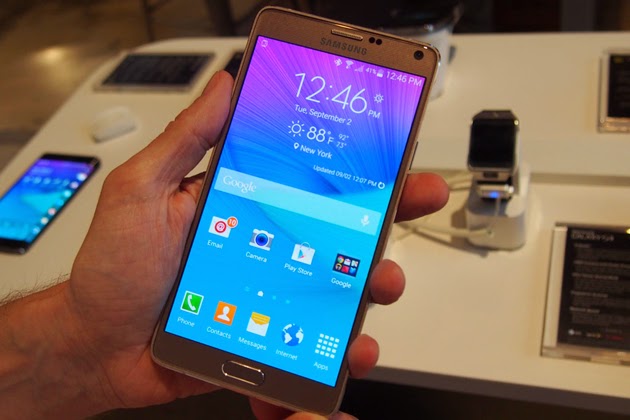 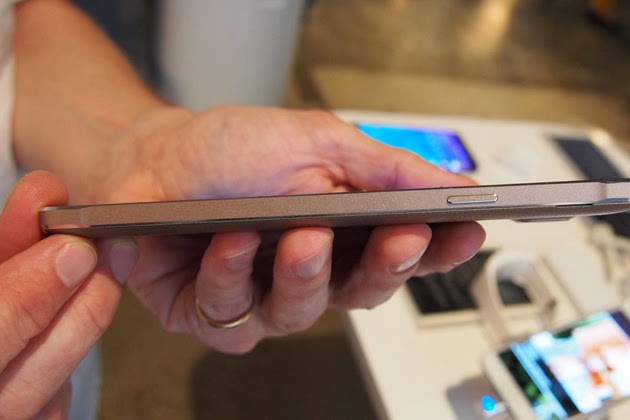 When it comes to mobile chips, Samsung opted for the Qualcomm Snapdragon 805 chip with 4K Ultra HD processor for outstanding video and gaming rendering. The device which spots a 2.7GHz Quad Core processor and a powerful Adreno 420 GPU. It is been said that the battery efficiency of this Qualcomm Snapdragon 805 chip is outstanding.
When you buy the Samsung Galaxy Note 4, you get the latest Android 4.4.2 KitKat on it and as usual there will be room for an upgrade once Google's latest Android L becomes available. Knowing how well the KitKat OS manages RAM, it will easy to state that the 3GB RAM inside the SGN4 will be well and enough to keep the device running without lag.
For those that are into taking pictures and selfies, it would interest to know that the Note 4 comes with a 16MP rear facing camera with geo tagging, face detection, optical stability and can record 4K, 1080p video. The phablet has a powerful led flashlight just below the camera which assists in taking brilliant pictures in low lit areas. The front facing camera of the phablet is 3.7MB and its very much efficient for those video calls and taking selfies. 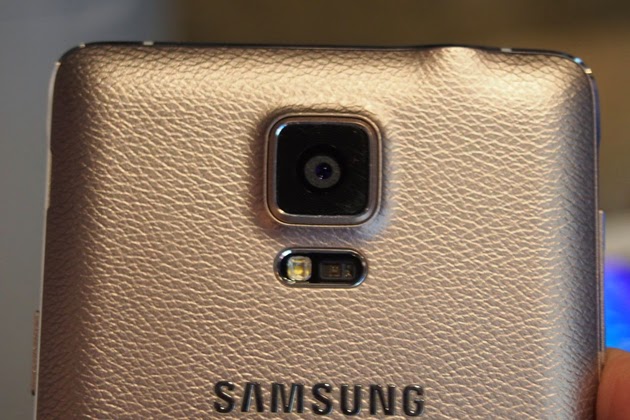 The internal memory of the Samsung Galaxy Note 4 is 32GB and can be expanded with the help of a memory card. The memory card slot can support SD card up to 64GB.
As in the usual fashion of Samsung, Note 4 comes with light, proximity, gyro, compass sensors. Also, it comes with Bluetooth 4.1 which is the latest Bluetooth version. Furthermore, it has WiFi 802.11 a/b/g/n/ac with Qualcomm VIVE 2-Stream and NFC support.
Samsung Galaxy Note 4 will according to rumors have a battery power of 3030mAh which should be good enough to keep the phone alive for a long period of time during use but again, battery power in smartphones no matter how much is never enough.
Finally, the device is expected to be ready before the end of September and would be available at Best Buy, Amazon.com, Walmart and other stores including AT&T and the likes. Rumored prices is around $800 for the contract-free and unlocked version.
Like our Facebook page and follow us on Twitter for more smartphone gist and info.