Rumors of Samsung Galaxy Note 4 had been in the wild for a while but no actual word on specifications and pricing until now.
An online retailer have released the specifications and tentative price tag of the Samsung Galaxy Note 4.
From the specs which you can see below, it's obvious that Samsung is pushing the boundaries of smartphone displays and RAM size. Also, the spec shown is a huge upgrade to last year Note 3.  Although camera spec is missing from the image below, one could guess a 16 mega pixel camera to come with the Galaxy Note 4. We shall allow the spec properties in the image speak for itself. 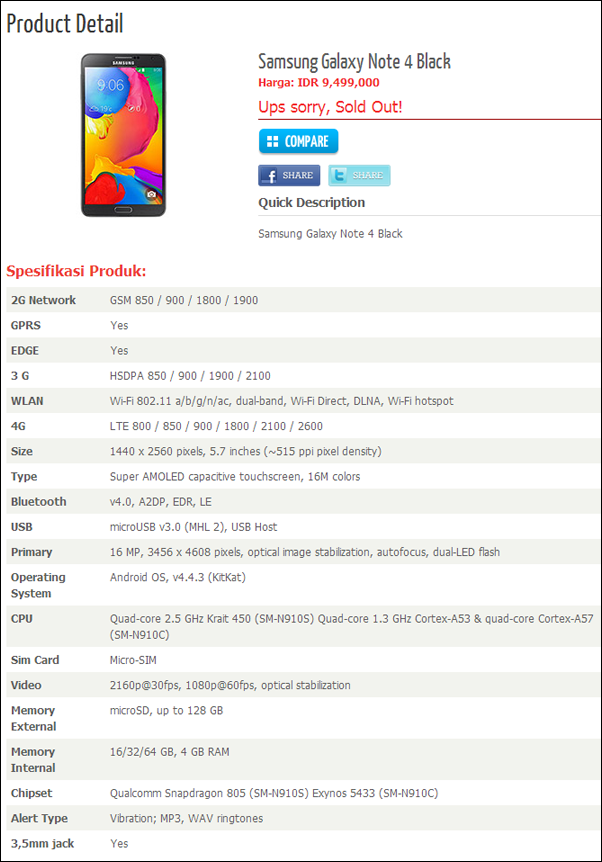 Honestly, it's better owning a Samsung Galaxy Note 4 if power and productivity is important to you than to get galaxy S5 or Galaxy Prime smartphones especially when funds is not a problem.
Due to the large success of Samsung line of Phablets, other competitors like Sony, HTC and even Apple have become are bringing in devices in the Phablet category.
What are your thoughts regarding Samsung and the Note line of products it offers? Drop comments below.
Like our Facebook page and follow us on Twitter for more smartphone news.