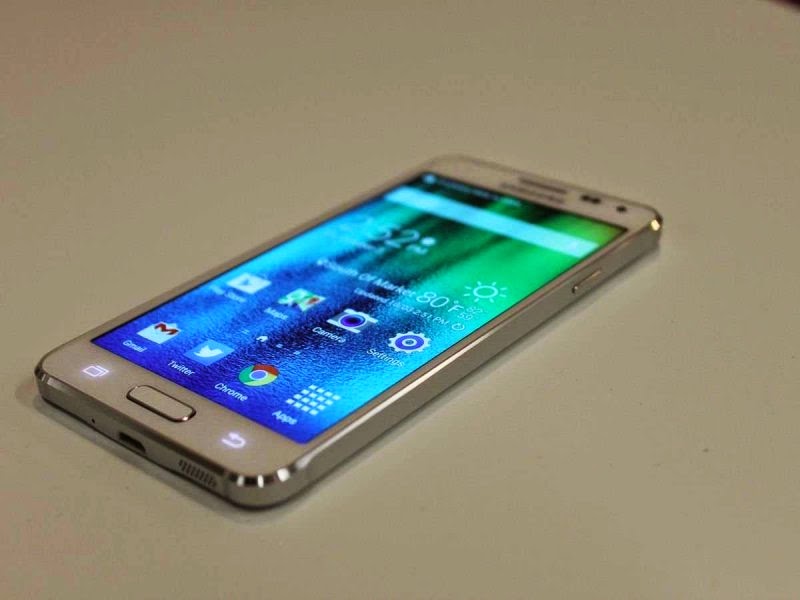 Samsung is reportedly discontinuing its first metal smartphone, the Galaxy Alpha, just a few short months after it was introduced, according to a new report from the Korean news source ET News (via The Verge).
The Galaxy Alpha, which was officially unveiled in August, comes with brushed aluminum metal edges that look similar to those on the iPhone 5 and 5s.
It's one of Samsung's best-looking phones yet, but the company will supposedly axe the Alpha in favor of its recently announced Galaxy A5.
The A5 looks a lot like the Galaxy Alpha but is a bit thinner. In fact, Samsung says the Galaxy A5 is the company's slimmest phone yet at 6.7 millimeters. That's also thinner than the iPhone 6, which is 6.9mm.
Samsung's Galaxy A5 launched in China in November, but it will supposedly be coming to South Korea in January. There's no word on whether the Galaxy A5 will be released in the US or any other markets just yet.
AT&T is the only carrier in the US offering the Galaxy Alpha, but it is unclear exactly when and if it will stop selling it if ET News' report proves to be true.


- Iphone 6 Versus Samsung Galaxy Alpha Comparison
The iPhone 6 is not released yet but we have a great idea of what it's going to look like. Also, the Samsung Galaxy Alpha is a wonderfully made phone that is also not available yet.  These two phones are going to be one of the best phones of...

- Samsung Confirms Galaxy S5 Specs And Features
The Samsung Galaxy S5 specs have reportedly been confirmed by Samsung.  According to sources, the device, S5 will come in both metal and plastic form factor but the metal design one will cost more than the plastic version.  Galaxy S5 will have...