Release Date For iOS 6.1 Untetherd Jailbreak Tool For All iDevices


Apple has released four betas for the iOS 6.1 and we are awaiting the release of the final and Gold Master version of iOS 6.1

According to the popular hackers (Planetbeing, pod2g, Musclenerd, Pimskeks) working to get untethered jailbreak for iOS 6, substantial progress have been made to get all required exploits needed to jailbreak iOS 6 untethered for both A4 devices and newer devices.
This conclusion is made in the light of recent tweets (images below) of these brilliant hackers.

However, the only reason it's still not released to the public is because Apple haven't released iOS 6.1 yet.
iOS 6.1 should be released anytime from 28th January. Once released, an untethered jailbreak for all devices running iOS 6.x would be released.

In conclusion, the estimated time of arrival (ETA) for the release of untethered jailbreak of iOS 6.x for all devices would be after The Official public release of iOS 6.1 by Apple.
Till then, stay focused and follow me @akinloluife for updates as events unfolds. 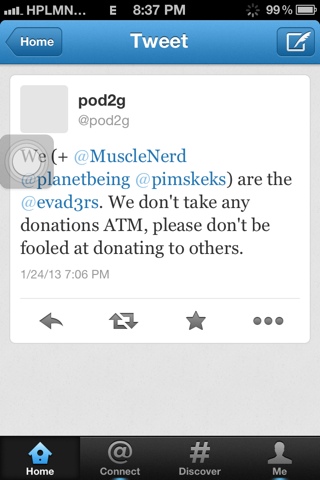