iOS 6.1.3 Untethered Jailbreak? well, consider the following.
Apple released iOS 6.1.3 to fix minor bugs and also to patch the exploits used by Evasi0n to jailbreak all iDevices running iOS 6. Consequently, many Apple device users who didn't adhere to the warning by hackers and beta testers not to update if they value their untethered jailbreak became victims.
The benefits of an untethered jailbreak on an iDevice can be over emphasized as compared to a non-jailbroken iDevice.
Although there's word that one of the popular hacker Joshua Hill aka P0sixninja is working on a potential jailbreak for iOS 6.1.3, however, it is highly unlikely that a untethered jailbreak is being developed for this minor 6.1.3 update.
According to @Pod2g, "it would be too much efforts for a minimal update. We're waiting for a major release." 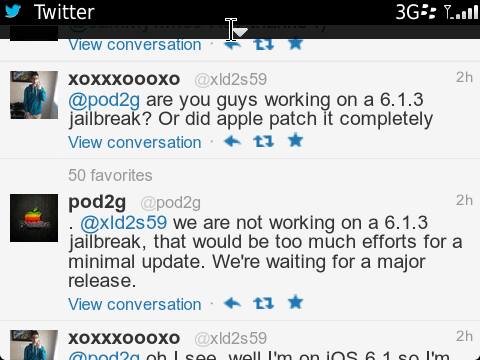 However, in another tweet, pod2g stated that he's found another exploit. 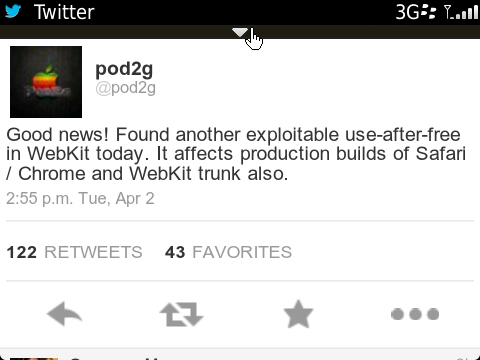 In yet another tweet, the popular hacker and programmer Joshua Hill aka p0sixninja have tweeted of his ability to produce the next jailbreak. There's a strong indication that this jailbreak refer to the next iOS 7 and not iOS 6.1.3 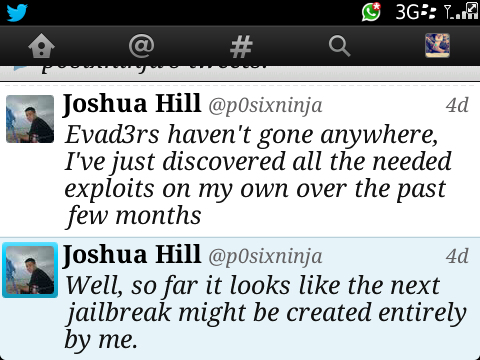 This also suggest that brilliant hackers are already working on a potential jailbreak for the next iOS version (iOS 7) as seen in the tweet of pod2g and p0sixninja
From all indications, all hands are on deck to produce the next jailbreak for the next version of iOS and hopefully, we won't have to wait so long before we see it when Apple finally releases iOS 7 come June 2013 along with the new iPhone.
iOS 6.1.3 untethered jailbreak is therefore not coming as seen from the above statements. Furthermore, personally, I think it will be a waste of exploits. Let us wait for the next version of iOS and get a good jailbreak ready.
Stay tune for more developments and news.

- Something Bigger Than Ios Jailbreak On The Way
Something big is coming soon to the iOS community. This was the impression that we got from the recent tweet by one of the popular hackers out there by the name of Joshua Hill aka @p0sixninja. He said according to his tweet as shown below that "I got...