Tecno S9 Phablet: Our Opinion With Lots of Images

Well,  Tecno have released yet another a phablet, the first phablet for 2014. Its not as if we are excited because there is really nothing new in the device spec that we have not seen on other Tecno devices. This new phablet is known as Tecno S9 and as far as we know, it's not selling for less than N22,000. 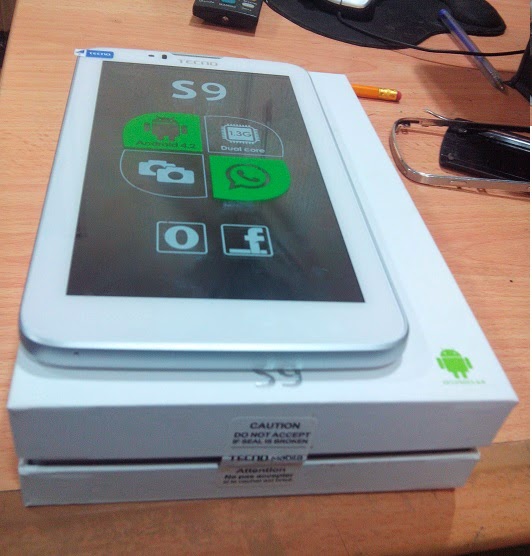 However, instead of just stating the specifications, we would want to point out some little things and our opinion about Tecno S9 and even Tecno Mobile in general.
Form Factor
Tecno S9 is quite masculine in nature firstly because it's quite massive in weight and it's 7 inch screen display - but again, it's a phablet. Also, the thickness is much. A quick glance on the dimensions says it all 193*111 *9.5mm.
Personally, we think the Tecno S9 is a bigger and thicker version of Infinix Alpha aka X570 especially with the placement of the sim slot compartment. 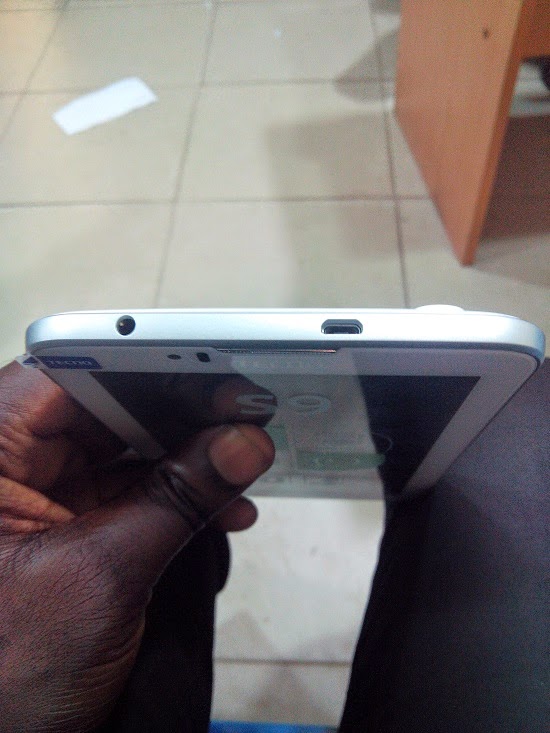 Volume keys are at one side of the phablet while power button is at the opposite side of the device. USB port and earphone jack are situated at the top of the device.
SIM and Connectivity
First of all, you need to be aware that the Tecno S9 is a dual SIM, dual standby phablet with the sim slots located at the top part of the phone. You get to see the sim slot by opening the compartment at the back of the device, close to the camera area. This compartment also houses the SD card slot which supports memory card up to 32GB.

Secondly, the device has a WiFi, Bluetooth 4.0 and WiFi Hotspot connectivity feature that allow for effective browsing with WiFi if there's no data on both sim cards.
Finally, the device can operate on 3.75G, 3G and 2G network so browsing speed will be highest when H+ signifying 3.75G is showing up beside network signal bars.
Screen display and Resolution
Played with the phablet for a while and I can say that the screen resolution wasn't too bad. The resolution stands at 600 x 1024, which is okay for a 7" device. The screen displays images well and there is less glare. 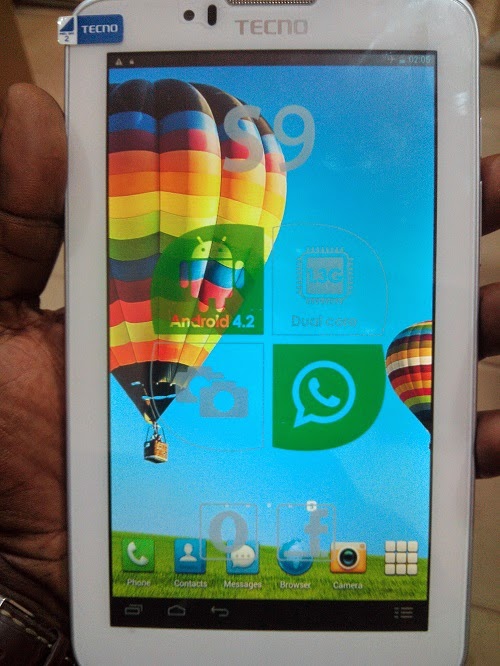 As usual, it's a TFT screen and it's not gorilla glass.
Operating System and Memory
We are sure it's a sin if Tecno go beyond Android Jelly Bean 4.2.2 as the operating system on their devices. So, even if you ask me in my sleep what operating system any Tecno phone is running, I'll just say 4.2.2 without thinking.
As far as memory goes, the Tecno S9 has an internal memory of 8GB and an option to expand it further to 32GB with the aid of a memory card slot.
Well well, RAM for the Tecno S9 is 1GB, old gist, nothing new in this department. Even though the wants of man are quite insatiable, Tecno should still try to surprise us in the RAM department. Well, maybe the next elder brother of Phantom A+ will bring the surprise.
Processor and Camera
Tecno S9 comes with a dual-core 1.3GHz MediaTek processor which we think is okay. This will be able to perform functions like Play HD games and other multimedia services.
Camera for the camera isn't too impressive as the rear is just 2MP with a flash light at the back while the front camera is 0.3mp.
In this age of serious photography, what are we gonna do with a 2MP camera? Well, I guess the buyers of this device would find out.
Battery and Sensors
Tecno S9 comes with a 3000mAh non removable battery. Which according to Tecno can give you up to 8hrs on 3G network depending on backlight intensity other running apps etc and about 12hrs on 2G network. Although we want to think that the device may not operate to 8hrs on 3G but perhaps 4hrs. Furthermore, the device doesn't come with a power bank; only with USB cables, Power connector and 3.5mm standard earphones. 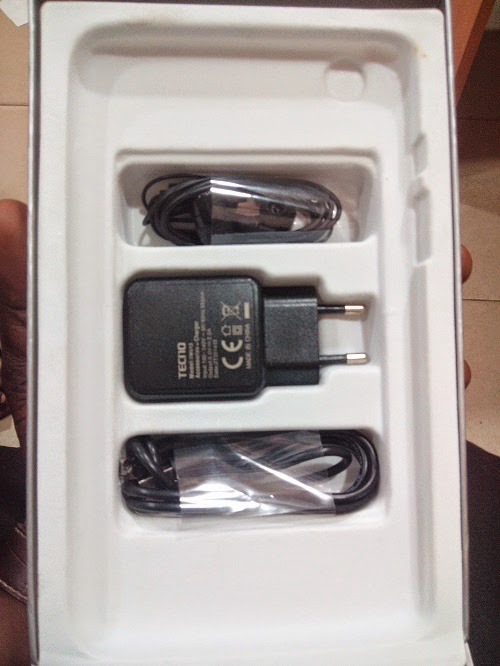 Am sure you are able to guess the sensors on the device already. They are the usual suspects: Gyro, Light and Proximity sensors.
All other specs on the device can be seem from our previous post.
Price Tag
The price tag for the Tecno S9 smartphone is from N22,000 and currently not available on other popular stores like Slot, Micro Station. However, Divine Anyi Communications computer village ikeja,  is selling the device for N22,000. You can call Adom on 08060791362 to get yours if you are interested.
Others
Things like FM Radio, Calendar, Google GPS, Maps and others are already installed on the device - including apps like BBM, Whatsapp, Facebook Opera mini and Real Football 2013.

Verdict
Our verdict is that the Tecno S9 is a pretty normal device with just normal specs and therefore nothing serious. The price tag isn't bad too but we think it's still a bit pricey. Hence, we give it 6/10.
Now to Tecno Mobile; the design team is probably tired of innovating and presenting it's customers with something new.
The truth is that a lot of folks want something out of the usual that Tecno is been giving for the past 8 months. Maybe we would be seeing something new by the end of the 1st half of the year.
We believe that there's room for Tecno to improve beyond this and we are expecting to see what would be released later on in the year 2014.
Any thoughts about this Tecno S9? Drop your comments below.
Like our Facebook page and follow us on Twitter for more smartphone news and guides.