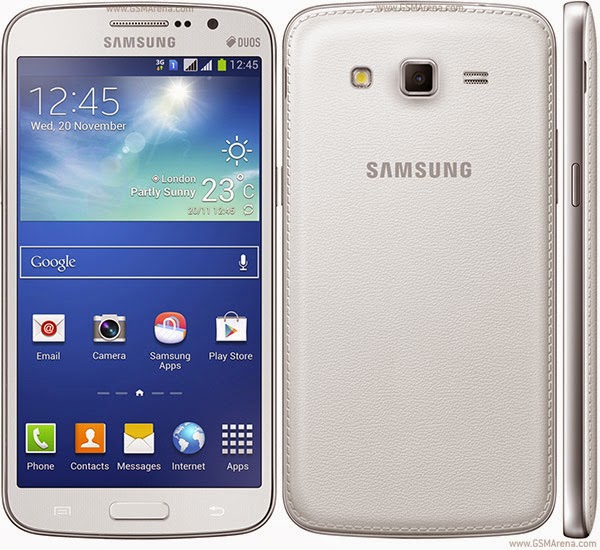 The Galaxy Grand was a quite successful device last year but had its drawbacks in the area of weight, bulkiness and display resolution.
In the new Galaxy Grand 2, Samsung did a big upgrade in almost every area where the former Grand was found wanting. This was done by not only increasing the specs of the device but also in reducing the bulkiness, weight and also providing a faux stitched leather feel to the back of the device. The bezel is slimmer and display is better too.
First of all, the Grand 2 now has a screen display of 5.25 inch with a 720p (280PPI) resolution which is higher than the old galaxy grand with a WVGA 480 x 800. Also, the processor of the Galaxy Grand 2 is a quad core Qualcomm MSM8226 Snapdragon 400 1.2ghz Cortex A7 CPU with Adreno 320 as its GPU. Hence dropping the Broadcom processor found in the old grand.
Samsung also bumped up the RAM of the Grand 2, increasing it to 1.5GB RAM so that things can run as smooth as possible. 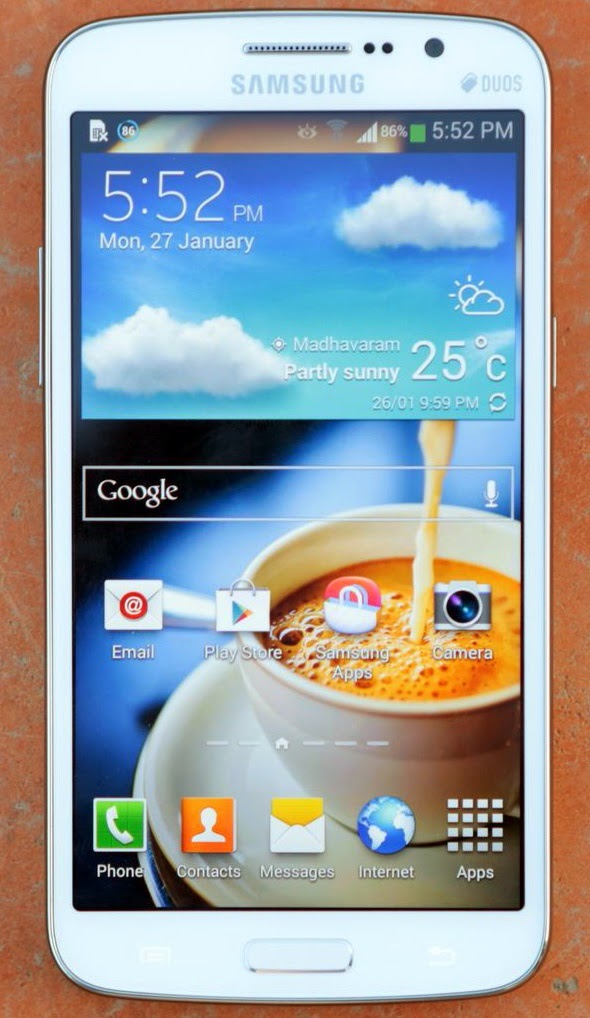 Camera for the Galaxy Grand 2 still remains at 8mp but it's better than its predecessor. The front camera is 1.9MP which is useful for video calls and personal shots.
While it would have been great to see the Samsung Galaxy Grand 2 come with the newly released Android KitKat 4.4, Samsung decided to slam Android Jelly Bean 4.3 on the Grand 2. Perhaps, it would be upgradable to KitKat in the near future.
Presently, the Samsung Galaxy Grand 2 is selling for N61,000 in Slot limited, while the prices varies at other stores but between 60k and 65k in naira.
For a quick glance of the specs of the Galaxy Grand 2, see the list below.
1. Quad-band GSM/GPRS/EDGE; quad-band 3G with HSPA, LTE
2. Optional dual-SIM
3. 5.25" 16M-color 720p capacitive touchscreen; 280ppi
4. Android OS v4.3 Jelly Bean with TouchWiz UI
5. Quad-core 1.2GHz Cortex-A7 CPU, Adreno 305 GPU; Qualcomm MSM8226 Snapdragon 400
6. 1.5GB of RAM
7. 8MP autofocus camera with LED flash, 1080p video recording @ 30fps
8. 1.9MP front-facing camera
9. Dual-band Wi-Fi b/g/n, Wi-Fi Direct, Wireless Hotspot GPS with A-GPS, GLONASS
10. 8GB of built-in storage with microSD card slot
11. microUSB v2.0
12. Bluetooth v4.0
13. Stereo FM radio
14. Standard 3.5mm audio jack
15. Accelerometer and proximity sensor
16. 2,600mAh battery; user replaceable
One thing we are not satisfied with is that out of the 8GB internal storage, only 5GB is available to the user and therefore there would be a great need to use am external SD memory card in the device.
Furthermore,  we would have loved the device to come with Android KitKat 4.4 rather than the jelly Bean 4.3 it came with.
Anyway, that's all about the new Samsung Galaxy Grand 2 smartphone. What do you think about it? Drop your comments below.
Please like our Facebook page and follow us on Twitter to be current with latest smartphone gist and helps.
Image 3 source: Maxabout


- Review: Infinix Alpha Versus Galaxy Note Ii
Take it or leave it, the new Infinix Alpha or X570 is a powerful piece of device and this makes it a worthy smartphone to be compared to the Samsung Galaxy Note II. In fact,  after just 4 days of usage,  I have ditched my Tecno Phantom A. ...

- Samsung Galaxy A9 - 6 Inches Display, Fingerprint Scanner - Specifications
Samsung has announced its Galaxy A9 smartphone at a launch event in China. Samsung's newest smartphone boasts a 6-inch screen and includes a non-removable 4000 mAh battery. Running on Android Lollipop 5.1, the smartphone has a fingerprint scanner...