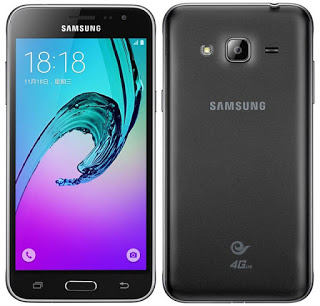 Samsung has officially announced the new smartphone under Galaxy J series called Samsung Galaxy J3. The smartphone is announced in China but without pricing information.

PRICE
Rs - 9,999 about (N 29,000). NOTE: This is just an expected price based on the specs, The original price will be available immediately after the launch.

Samsung Galaxy J3 will be available in China in first week of December and will  be launched in India on December 25th and other countries soon. Although no word on the specific date yet.

Check out all the available Samsung Galaxy J series

- Lenovo A5000 - Specifications And Prices In Nigeria For Black Friday
Whether you?re going through a spreadsheet, on a video call, or simply surfing the net, the A5000's 5" HD screen makes everything appear clearer and sharper. It also has in-plane switching (IPS) for nearly 180° of wide-angle viewing. Plus, with...

- List Of Wiko Smartphones In Nigeria - Specifications And Prices
In this 21st century, innovations and developments have been the major thing we witness in the world of technology and this has brought a lot of changes. Gone are the days when it was only Nokia and Sagem were the phones we used. Recently, not only...

- Lenovo Vibe Max Z90-7 - Specs, Features And Price In Nigeria
Lenovo is a Chinese multinational computer technology company with headquarters in Beijing, China and North Carolina. The Lenovo Vibe Max is one of the company?s smartphones released in June 2015. The Vibe Max is also known as z90-7 and operates on...