iOS 7 is in the wild and of course just like other iOS before it, there is always a bug discovered which will inevitably bring about a swift upgrade. 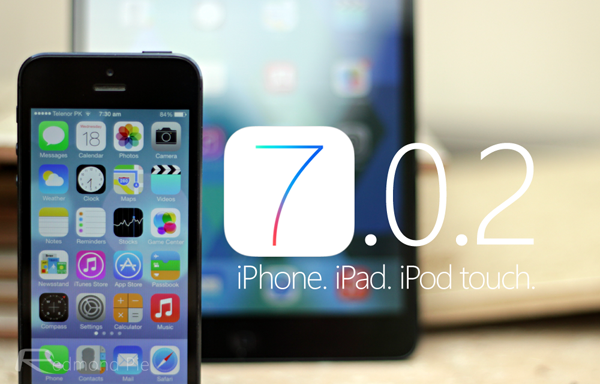 Well, iOS 7.0 isn't as exception to this bug plague experienced by all x.0 firmwares. iOS 7.0.2 was released few days ago to address bugs. One bug in particular is that one that allows a potential intruder to access private information via the new Control Center. Following a few simple steps, a video demonstrated just how easily one could potentially access emails and photos of a supposedly locked device, and although disabling Control Center on the lock screen (or, as several readers pointed out, turning on switches from within Accessibility in Settings) has served as a short-term solution, iOS 7.0.2 should now see the problem completely eradicated.


- Bbm For Ipods And Ipad Download
Remember when BBM for Android and iPhone was released few weeks ago, it was said that iPad and iPods won't be supported until later. It was almost as if iPad and iPod user were sidelined by BlackBerry. Well, that later is here and iPad and iPod...

- Retina Display Ipad Mini And Ipad 5 To Be Unveiled Tomorrow
When it comes to tablets, Apple's iPad is the highest selling tablet and of course, the preferred. The iPad mini and regular iPad has always been a successful product and Apple have always out-do competing products. Tomorrow 22nd October, Apple is...

- Apple's Ios 7, A New Ios Ui All Together: Downloads & (more Images)
At the WWDC 2013 opening session yesterday, Apple WOW the whole world with the new iOS 7 that was unveiled. Although, the rumor of a flat iOS User Interface (UI) had been in the air weeks before the unveiling, yet we were not ready for what was to be....

- Gold Master For Ios 6.1 Releases
There's every indication that the Gold Master for iOS 6.1 will be released this week. You will recall that four betas have been pushed out to developers already with the first beta launched in November and this GM will be the fifth. According to sources,...