How To Make Your Battery Last Longer On Your Smartphone 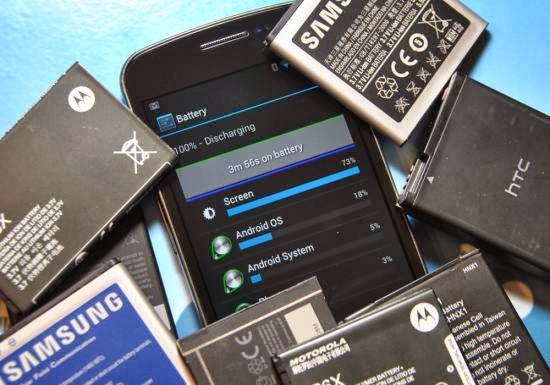 Well, we are not in the year 2050 and of course there is no such technology yet so we are still left with using batteries to power our gadgets, smartphones et al.
As our devices become more sophisticated, the battery power they need to drain also increase and therefore it becomes very important to make sure that one gets the best juice out of the battery in the device. To do that, follow this tips as directed below and you should see some significant change in battery consumption by your devices.
Tip 1: Refrain from charging your smartphone to 100% always. The best thing to do is to charge to 80% and then use to 40%. At this point you can recharge again to 80% before disconnecting.
Tip 2: When indoors or in place of low light, the backlight of the screen display should be dimmed to reduce power consumption. The same applies to using it at night. However, if you are in a highly sunny environment where you hardly see things in the screen, the backlight could be increased.
Tip 3: Leaving Bluetooth and WiFi on sometimes drain the power of batteries. You should endeavour to switch off wireless and Bluetooth when not in use.
Tip 4: 3G or H+ networks are battery drainers. When your network is set to utilise 3G or H+ network permanently, it drains power, also it contributes to a longer charge period. So its better to put the network to EDGE when not surfing the web and when charging the device.
Tip 5: Use recommended chargers to charge up the smartphone. Usage of non recommended adapters could destroy the battery slowly.
Tip 6: Playing heavy games while charging the device, will have a significant impact on the charging duration of the battery. Try to charge first and then play games after charging is complete.
Tip 7: Some apps are notorious for consuming power when in or not in use. In this case, you are to identify such applications and eliminate them when not in use. This will considerably improve how long your battery last.

Tip 8: Automatic sync and updates have a way of killing batteries. You should disable these. Android devices and iOS 7 are known to be particularly guilty of this.
if you would be traveling a lot, a serious internet user or won't be near a power source for a long time, a power bank should be around you. One such power bank is Nomad power bank which you can get here.
More tips for your batteries will be given. However, if you can follow these mentioned tips, you should have a battery that last long.
Like our Facebook page and follow us on Twitter for more tips, news and guides.


- Charging Your Phone Will Soon Become History
Technology is evolving at a very fast pace but one area that has not received ground breaking results is the area of battery - the very products that keep our technology working until now. Before I go on with this ground breaking report from one of the...

- How To Charge You Smartphone Faster Than Normal
You know those times when you only have like few minutes to charge your smartphone before you head out of the house and slam those doors shut? And their you are wishing you can just bring the battery bar up a little but you have too little time to spare....

- How To Minimise Data Usage On A Smartphone
Using a smartphone is a beautiful thing. You have so many applications installed, most running in the background. The ability for smartphones to multitask compared to other phones gives it the superior edge over other kinds of phones. However, this multitask...

- Apple's Fuel Cell Batteries To Power Macbooks And Iphones For Weeks
Apple is working on batteries that could power its MacBooks and iPhones ?for weeks?, according to new patent documents. The company has detailed new plans, apparently for its laptops, that could use a ?fuel cell system? to dramatically expand the battery...